He is a highly sought after eye surgeon and is known as “The Surgeon’s Surgeon” since so many other surgeons come to Dr. Brian for surgery on their own eyes – including eye surgeons, brain surgeons, orthopedic surgeons, plastic surgeons, and breast cancer surgeons to just name a few.

Doctors representing all parts of the Medical field commonly fly in from around the United States and outside countries to have Dr. Brian treat them with his unique and proprietary treatments. His surgery patients also include many Registered Nurses and Pharmacists. Dr. Brian is also sought after by numerous celebrities, film and TV stars, famous musicians, professional athletes, CEOs, and government leaders in the United States and abroad who literally have millions of dollars on the line and trust only Dr. Brian with their eyes.

One of Dr. Brian’s special qualities is that although he sees patients from all “walks of life” (famous and non-famous), Dr. Brian is described as one of the most “down to earth” doctors people have met. Everyone receives the same high quality of care regardless if you are a famous celebrity or a manual laborer in the field. He has a special empathy for all people who have eye problems and his career mission is to help everyone who needs him.

HOW CAN A ‘BEVERLY HILLS DOCTOR’ BE “DOWN-TO-EARTH”?

Answer: Partly because the type of person Dr. Brian is and partly because he became a doctor at Dartmouth Medical School.

Dartmouth is located in scenic, rural New Hampshire in New England. Dr. Brian explains, “Our professors were incredibly humble and kind, yet famous – they commonly invited us students over to their homes for lunch or dinner where we met their own families. That is unheard of in any medical school. Virtually all graduates of Dartmouth Medical School had this example that shaped the types of doctors we became: ‘down-to-earth’ and being just plain nice to people. Those experiences back then helped shape how Dartmouth Medical School graduates practice medicine to this day – being kind and humble with our patients. ‘No egos allowed’.”

Dr. Brian is an established author and written three books on Keratoconus

Dr. Brian received a letter of recognition in 2005 on
behalf of the Department of Defense for his invaluable contribution to the United States Military (please click on the flag to read the letter).

Dr. Brian was the subject of a documentary filmmaker.

Dr. Brian was selected to give a prestigious TEDx talk about how he fought on behalf of patients diagnosed with Keratoconus (a degenerative eye disease), to pioneer the Holcomb C3-R® procedure to save them from cornea transplants. He described the emotional battle and what he had to overcome to make Holcomb C3-R® the widely accepted procedure that it is today for patients with Keratoconus.

Please click on his resume titled “Dr. Brian’s CV” for further information about him.

In 2010 Dr. Brian was honored along with his patient, Olympic Gold Medalist Steven Holcomb. Both are credited to increasing awareness in 2010 for modern Keratoconus treatments. The Jules Stein Living Tribute Award was presented to Dr. Brian for pioneering alternative treatments to the painful cornea transplant for Keratoconus patients.

Steven Holcomb was presented with the Athlete of Vision Award for raising awareness that Keratoconus can be treated and vision restored. Steven had retired from bobsledding in 2007 when Keratoconus began to drastically affect his ability to safely drive his bobsled at mock speeds.

Steven’s coaches knew Steven was the best hope for Olympic Gold so they researched the Keratoconus options and discovered Dr. Brian. After being treated by Dr. Brian in 2007, Steven went on to win World Cup events in 4-man bobsled and then triumphed at the 2010 Winter Olympics securing the Gold Medal in the 4-man bobsled event, the first for the USA in 62 years.

At the Vision Awards several celebrities were presenters, including Will.i.am of the widely popular music group the Black Eyed Peas. Other honorees that evening included Buzz Aldrin (astronaut & 2nd person to walk on the moon), Lilly Tomlin (comedienne, best know for her characters Ernestine and Edith Ann on the show Laugh-In) and Steve Jobs (former Apple CEO).

Dr. Brian published a landmark study in 2016 that discovered that most car  side windows have poor UV protection which correlates with more skin cancer and  cataracts on  left side – the driver’s side. To check if your car side windows have  high UV protection, click here for your free, easy-to-use UV tester card.

If you detect poor UV protection, then you can have any number of companies  (which you can find via Internet search) place a clear, 100% UV protective film on  you car side  windows. In an effort to reduce skin cancer and cataracts, we are  providing this free card to you as a public health service. Click here for your free  UV tester card.

Dr. Brian is regarded as one of the top leaders in the field of vision correction. His role as the “doctor’s doctor” has been earned through his unwavering integrity and broad expertise. He is often consulted by other eye surgeons who need assistance with challenging cases and by patients that need repairs.

He was the Director of the UCLA Laser Refractive Center at the Jules Stein Eye Institute for many years. He is also on staff at Cedars-Sinai Medical Center.

As well as being Board-Certified by the American Board of Ophthalmology, he was voted one of the best eye surgeons in the world (out of 210,730 eye surgeons worldwide) by his peers for his “clinical acumen, ability to innovate, activity in teaching, and leadership.” He is the author of the LASIK Consumer Report, one of the most detailed and widely consulted consumer publications in the field, read by over 73,000 people. Dr. Brian has pioneered surgical techniques and guidelines that have become industry standard.

Dr. Brian produced and directed an entertaining film “Behind the Lens“ about doing live eye surgery in front of millions of people on NBC’s Today Show. If you’d like to see a “slice in the life” of Dr. Brian, you’ll certainly enjoy this. P.S. The Charger makes a rare cameo appearance. P.P.S. This film features rare footage “from the vault” of Dr. Brian in tights! (not enough room to explain here – you’ll have to watch the movie to understand…)

Dr. Brian rowed crew in college at UCLA and continues to compete in rowing regattas. He put this video together for his 8-year-old twin daughters to help them appreciate the lesson of overcoming adversity to achieve a goal – a useful life lesson.

Dr. Brian grew up in Santa Monica, CA where he attended public schools. He had many classmates who became quite accomplished, including actor Robert Downey, Jr. Dr. Brian and Robert’s friendship was unique and there is a largely unknown, yet inspirational aspect of Robert’s story that Dr. Brian recently publicly described for the first time.

As a breast surgeon, my vision affects much more than my own life. I wanted LASIK for years and now, thanks to Dr. Boxer Wachler, I can see!

As a doctor, I have had the opportunity to work with physicians in essentially every medical specialty. As a spine and neurosurgeon, I can recognize the talent of fellow surgeons. Not only is it important that surgeons are skilled at the “routine” operations, but also be adept at handling complications and difficult cases. Simply put, Brian has exceptional surgical abilities and can handle cases of routine or complex nature. I was initially weary of undergoing an eye operation because I am dependent on perfect vision in order to succeed in my profession. Only until I met Brian was I comfortable enough to undergo the operation. I have had both LASIK and PRK with wonderful results and can highly recommend Dr Boxer Wachler to others considering visual correction surgery. I could have had my LASIK done by virtually any surgeon in the world. I chose Dr. Brian to perform it not only because he is the best…but because he genuinely cares.

Dr. Brian is a thought leader at the forefront of Refractive Surgery. He is trusted by patients, colleagues, state, and federal government. Please click on his Resume in upper right column for substantiating documentation of this statement. Click here to read about Dr. Brian’s immense and valuable contributions as a leader, researcher, and innovator to the United States of America, the Department of Defense and the United States Army.

Dr. Brian was recognized by the Department of Defense for his immense and invaluable contributions to the United States Military. You can see the letter Dr. Brian received Click Here.

For additional credentialing, media, and award substantiating information, including being recognized by peers as one of world’s best vision correction surgeons, as well as LASIK Consumer Report statistics, please see Click Here. Dr. Brian and his staff are highly professional, yet fun as well.  Enjoy our “Lip Dub” music video

Giving to the Community

“Homeless Not Sockless” is a Boxer Wachler family charity that began 11 years ago.  On a weekly basis Dr. Brian personally gives out fresh new socks to the homeless. Often times he brings his  twin daughters to show them the importance of helping other people who are in need.

Giving Vision was founded by Dr. Brian and is a not-for-profit, tax-exempt charity that provides vision-saving operations and funding for vision correction aids in under serviced communities. Children who are in needed of glasses are provided coordinated care to enable them to have glasses at little to no cost.
How it all began… Giving Vision is one of my most passionate endeavors. This passion began when my wife, Selina, and I volunteered to help the families in Skid Row in downtown Los Angeles. While we were asked to help prepare meals for thousands, I spend a large portion of the time talking with people about their current vision care. I learned that many families go without the basics – eye exams, regular check-ups and glasses. I realized they often had no access to essential vision care which, while all of us are susceptible to hard times, had the greatest risk and consequences for their children.

A recent report by the Centers for Disease Control highlights that the federal goals for vision screening and vision impairment for children are far from being met. When children cannot see properly in school, they are more likely to do poorly in class, lose self-confidence, and drop out of school. Many children get ‘lost in the crowd’ and may be illiterate and have employment challenges as adults.

I have been fortunate to have built an Ophthalmology practice largely based on elective vision care for patients. Selina and I decided it was time to do something different – to give back to the community in our own backyard. As such, in 2003 we founded a non-profit organization – Giving Vision. A California, tax-exempt 501(3) (b) charitable organization that is committed to providing eye exams and glasses to the needy children in Los Angeles. Giving Vision will work with other eye doctors to coordinate eye exams and will be arranging to provide glasses to children – all free of charge. 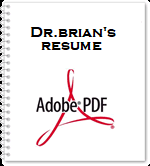 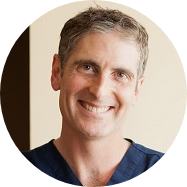